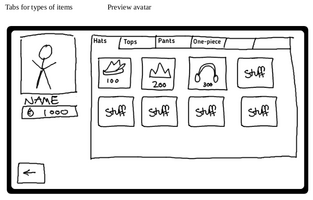 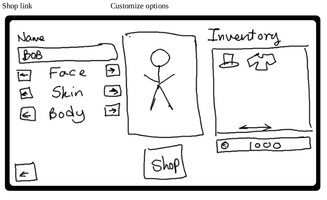 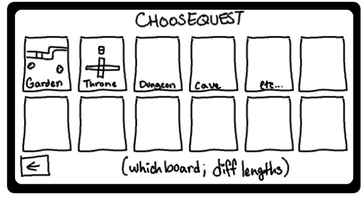 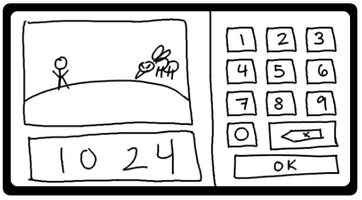 I will be in India for most of February, so I won't be working on the game! :(

But, after having the kids test out the game for me, I've begun writing up a more detailed design document for what I'd like to have in the game.

Something all the girls had told me they wanted in their game was to play as human characters (instead of animals) and they want to be able to customize their characters. So, I've been thinking of having a "Character Creation" area in the game where each student can make their characters ahead of time and keep track of their progress. This also means that stats would be tied to each character, so a teacher or parent can view information on how the student does with different types of problems.

I'm planning on adding a store of clothes and accessories that the students can put on their avatars, similar to my old game Gift Grab: Christmas Quandary. Like that game, all currency will be in-game money (NO REAL MONEY TRANSACTIONS), and the students will earn coins from answering math questions. 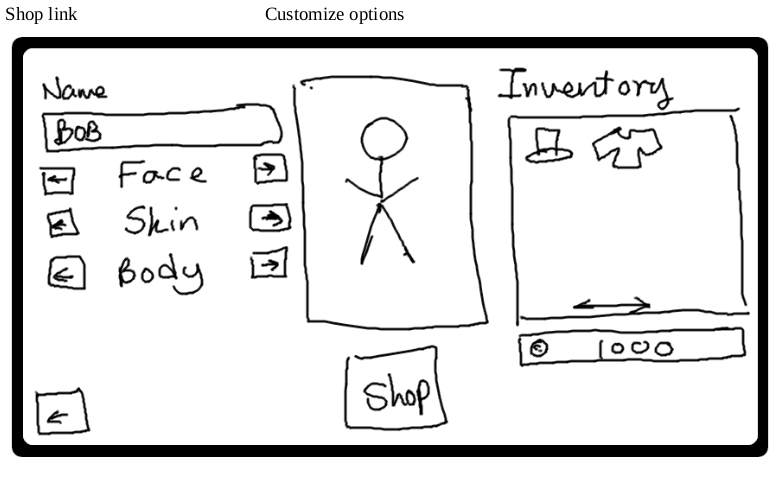 A sketched wireframe of the Character Customization screen

I'm also going to be adding more maps into the game. This will mean more variety in environmental graphics, as well as different lengths. So if some students wanted to play for 10 minutes they could choose a short quest, or maybe have a game board with lots of enemies that lasts closer to 30 minutes. 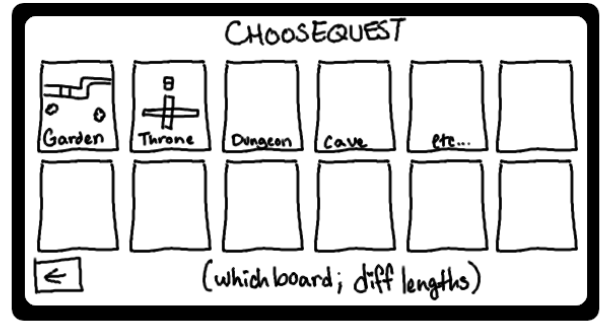 A sketched wireframe of the Choose Quest map select screen

I had certain ideas for how the game would work on a mobile device at first, thinking that the screen would rotate to face each kid. Instead, from the game test with the kids, I found that it's easier to just have them rotate the tablet/phone (and easier to program - no additional programming!) So, this means I can throw out some of my old designs that weren't working too well anyway. I'm going to design around a landscape view, since the game is intended to play with it sitting on the floor or on a table between multiple students (and not being held like a phone). This will also work better for a PC version as well, and for me, just makes it easier to design since computer games are more of what I am familiar with. 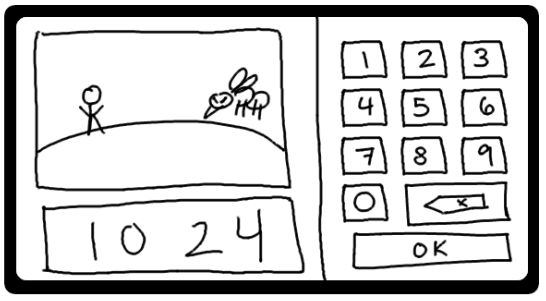 A sketched wireframe of a redesign of the math battle view